There are so many conflicting feelings running through my brain right now, it’s hard to express them. When a parent is dying, it’s hard to know exactly how you’re supposed to feel. When it’s your Dad, after fighting a long battle with Parkinson’s disease, it can be complicated.

My Dad is dying and there’s nothing to be done about it. Grief follows.

The biggest thing that changed the trajectory of our family’s life was when my parents, long before I was born, decided to move away from their hometown, West Hazleton in the heart of coal-mining country in eastern Pennsylvania. While both of my grandfathers were first-generation immigrants and worked the mines, my Dad decided to take a very different path.

Instead, he became an accountant. He and my Mom believed they could make a better life for their future family away from that claustrophobic, insular place. A job took them to Delaware, and for that decision, I am forever grateful.

I bet that was a scary decision, to move more than 2 1/2 hours away from your family and your roots. But it opened up a whole world of possibilities and opportunities we simply wouldn’t have had if we had stayed. Northern Delaware is hometown suburbia, and we settled outside of the university town, Newark. That made a huge difference in my life, one that I appreciated with gratitude every time we made our faithful visit back to West Hazleton three or four times a year.

One of things I most remember fondly are those car trips with my family, with my Dad. Perhaps because we looked forward to them as kids (less so as teenagers). There was a sense of adventure. And back in the 1970s, it was a real question whether the car would make it up some of the steep mountain roads we had to traverse to get there. It made for some anxious moments of, “Will it make it or will it not?” (It always did, although sometimes we’d have to pull off to the side of the road to let the radiator, transmission, or something else cool down.)

Dad is a good-natured man, easy-going, and quick with his smile. He is (was?) beloved by everyone who met him. He always had a kind word and a positive greeting for anyone he met. He set an example for me to try and achieve, one that I still work on to this day. That is, to assume the best in everyone you meet, and always be welcoming and open.

What I did learn from him is that I could believe in myself, even if I was never the strongest or smartest kid in school. I was good enough; that’s all that mattered. He encouraged me in my interests and hobbies, and sometimes even joined in (for instance, as a band parent). He was never judgmental, although he often had good cause to be based upon some of my behaviors. When I chose to attend to grad school in Florida, over 1,000 miles away, he didn’t tell me it was a crazy idea. Instead he simply said, “Call us if you need anything.”

His Battle with Parkinson’s

The conflicting feelings mostly come from his battle with Parkinson’s. Because Parkinson’s stole the last few good years of his life, trapping him in his body that wouldn’t function the way it normally does. I can’t imagine how frustrating that must’ve been for him.

Most people think of Parkinson’s and immediately think, “tremors.” But it’s so much more than just the tremors.

Well-meaning doctors prescribe medications to help reduce the tremors. At first, it works like a charm. But then it stops working… And like all powerful medications, Parkinson’s meds can have some nasty side effects. In my Dad those side effects included hallucinations and night terrors.

Other symptoms of Parkinson’s people don’t think about. Like how the tremors can make walking very difficult. Even with a walker and one of his three sons or his wife walking beside him, just a short trip down the hall could be excruciatingly difficult.

In his final months, Parkinson’s began to affect his ability to swallow properly. So eating didn’t just become difficult, it became downright impossible.

We all rallied around him when his wife said she couldn’t handle his daily needs any longer (like help in the bathroom, dressing). After all, she had her own health problems too. So he needed to move to an assisted living facility. I’m not sure he ever quite understood that decision, and was upset about it for the first few months. I think it would upset me too, if my mind wasn’t working quite as sharply as it once did.

But he made the best of it in the end, and his time in that place was the last life quality he could enjoy. We tried to help ease the transition as well, and my brothers (who are local to him) started stopping by on a weekly basis to sit and chat, and take him for walks.

He lasted in assisted living for over 8 months. Between the drugs, the toll of the disease, and the monotony of living a life where going out became less and less of an option, my Dad became a shell of a person in his final months. Conversations grew shorter and shorter, to the point where visits were all one-sided. I didn’t mind that, because I knew he drew comfort just by my presence (or that of one of my brothers or his wife during their weekly visits, too).

He moved into the nursing home over 5 months ago. In early November, he couldn’t swallow any longer, so he couldn’t eat. He was hospitalized and tried to re-hydrate him, but as is typical with the progression of advanced Parkinson’s, they found he had pneumonia and other issues. Then in mid-November, he was moved into hospice care.

The end is coming and it’s hard to think of a world that no longer carries the soul, personality, and conversation of my Dad.

In some way, that has to be okay. It has to be okay that he’s gone, that I can no longer call him, or go see him, and talk to him about all the things we talked about. Maybe, one day, it will be.

But today, all I can think about is that I’m losing my Dad. It’s hard to think of anything else right now. 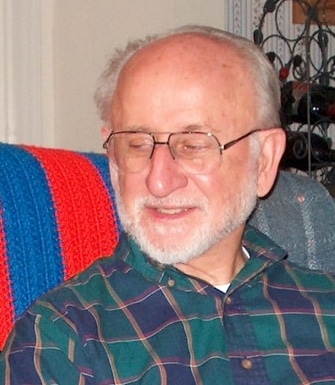